Police agencies in Washington State, such as Seattle’s Police Department, are making changes to their policies 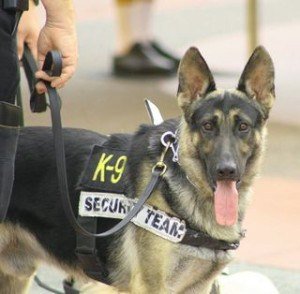 regarding drug-sniffing dogs, and will be training them to no longer be alerted to the simple smell of cannabis. This change comes after Initiative 502 legalized the possession of up to an ounce of cannabis in the state, after passing by double-digit margins in November.

After the election, the Washington Association of Prosecuting Attorneys sent out a memo to law-enforcement agencies across the state, declaring that they’ll no longer be able to rely solely on a dog being alerted to cannabis when determining probable cause for a search warrant.

According to Washington State Patrol spokesperson Bob Caulkins, in speaking today with KOMO 4, “In the past, a narcotics dog’s alert was pretty much all that was needed to get a search warrant”. Now, Caulkins says if an officer uses a narcotics dog in cases where cannabis is involved, they’ll need to inform the judge that the dog may very well be alerting for a legal amount of cannabis, and other evidence will need to be presented for a search warrant to be granted, or for an arrest to take place.

In Bellevue, Washington, officers are currently training a new set of drug-sniffing dogs. They’re specifically training them to NOT be alerted to the smell of cannabis, according to Bellevue Police Lt. Dan Mathieu.

Other departments, such as that in Tacoma, are still holding out, stating that they’ll continue current policy given that cannabis remains against federal law.

Regardless of these holdouts, it’s clear that this situation is quite the positive step forward.