7 Tips on How to Travel Abroad Legally With Cannabis 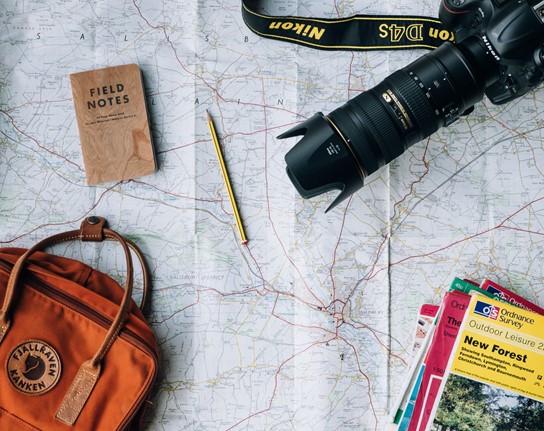 7 Tips on How to Travel Abroad Legally With Cannabis

With the series of legalizations of cannabis in different states, people have been wondering if now it’s legal to fly abroad with it. Various confusions and questions have been linked to this subject.

If you have been hit by the same surge of questions; if it’s legal to fly with cannabis; are there any measures that need to be taken; how do I make sure I don’t run into problems — I’m going to answer them all for you.

First things first — is it even legal to travel with cannabis?

Even though local law in many states has declared cannabis legal, federal law still forbids its use. When you head towards the airport, you’re screened and governed by the Transportation Security Administration (TSA).

TSA is controlled and administered by federal law, making it illegal to travel abroad with cannabis. However, TSA is only responsible for taking care of immense security threats at the airports. When they detect something that could harm the flight and the passengers, it takes necessary actions accordingly. However, TSA doesn’t tend to be involved in issues that are not related to security, including cannabis transportation.

Upon screening cannabis from a passenger, TSA will redirect the case to a local law enforcement officer. Depending on the state you’re flying in and out, and the amount of cannabis you’re carrying, the officer might either decide for you to throw away the cannabis or give it to a friend — or turn their eyes away from you. It’s impossible to understand the exact circumstance as various law enforcement officers show different behaviors.

If possible: don’t travel with cannabis at all

Based on the uncertainty you might have to face at the airport, I’d suggest you not travel with cannabis at all. Try to sell your cannabis to a legal business from the country you’re flying from, and with the same money, purchase cannabis from a local seller after you’ve reached your destination.

If you’re not in absolute need of flying with your existing stock of cannabis, consider doing it this way. It’s a simple and straightforward way to transport cannabis from one country to another without having to fly with it.

Travel with a minimum amount

If you don’t want to be involved in the process of selling your cannabis in one country and purchasing it from another — and you’ve decided to take the risk of flying with your cannabis — I’d suggest you take a minimum amount with you.

TSA and law enforcement can easily find large amounts of cannabis, and they’re less likely to let you get away with it in such cases. Travel with a small amount that’s unlikely to get noticed by TSA. If it does get noticed, law enforcement is likely to turn their eyes away and let you travel anyway.

If the state you’re flying to has legalized cannabis, get in touch with a dispensary there to see if they can load you up with it after your arrival. That way, you wouldn’t have to fly with cannabis and the new stock would be waiting for you upon your arrival.

If TSA or law enforcement agents ask you to give your cannabis to a friend before boarding the plane — do it. If you don’t have a friend close by and the authorities ask you to throw away your cannabis, do it if you have a smaller stock and won’t suffer from a tremendous loss. If you have a larger stock, however, consider canceling your flight and keep your cannabis. You can refund your flight and book one for later, and in the meantime, take care of transporting the cannabis.

All in all, don’t try to counter argue with TSA or law enforcement officers — and never try to sneak in your cannabis when they know you have it. Arrange its transport later on through a friend, but don’t oppose the law.

Learn the law of your destination country

As the legality of cannabis is still complicated in various states and countries, do your homework about it. If that country or state hasn’t legalized cannabis yet, don’t even try to fly with your stock there. It might tangle you in a series of complicated situations.

However, if the local law of your destination legalizes the use of cannabis, remember, transporting cannabis by air is still a tricky job. Research the rules and regulations about cannabis transport there, and read the experiences of people who’ve tried doing it before.

Contacting local cannabis associates in the destination country could be your best friend in such cases.

If you’re thinking of transporting weed by road, make sure to learn and understand the laws of the country you want to drive in. Driving with cannabis is an entirely different experience than transporting it by air.

Before you can drive, make sure you have your international driving permit ready. This permit is essential even if you’re driving empty-handed and don’t have any cannabis with you. Even if you have your international driving permit with you, driving with cannabis could be tricky based on the country you’re driving in. Contacting local firms and authorities would be your best bet.

Traveling abroad with cannabis is a confusing feat. Even though many states have legalized the use of cannabis, traveling with it is still mostly illegal as the airports are governed by TSA, which is in control of the federal law.

Pay attention to the above-mentioned tips and you can make sure you’re transporting your cannabis the right way.