40% of U.S. to Have Decriminalized Marijuana Possession by 2014

40% of U.S. to Have Decriminalized Marijuana Possession by 2014

Marijuana law reform has become a rapidly growing beast, with consistent movement being made across the globe – especially in the United States. 18 states plus D.C. have legalized medical marijuana, Washington and 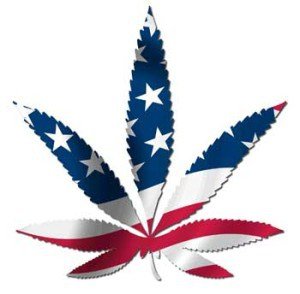 Colorado have legalized possession and retail sales (as well as home-cultivation in Colorado), and 30% of the entire nation has decriminalized marijuana possession, making it no longer an arrestable offense.

Decriminalization has shown up in various forms in states that have taken that path, with the underlining element being that they’ve taken the possession of a certain amount of marijuana (typically an ounce or less), and made it no longer a crime. Instead, most of these states have made it a civil infraction – a simple ticketable offense that doesn’t show up on someone’s criminal record, and doesn’t carry the possibility of jail time. The state’s that have taken this path: Alaska, California, Colorado, Connecticut, Maine, Massachusetts, Minnesota, Mississippi, Nebraska, Nevada, New York, North Carolina, Ohio, Oregon, Rhode Island and Washington.

By the end of 2014, judging by current legislative movement, 40% of American states will have decriminalized marijuana possession. Here’s why we think this is.

With the passage of decrim in these four states by 2014, which we see as highly likely (especially if activists continue to look up and contact their legislators and governor), 40% of the U.S. will have decriminalized or legalized marijuana. This, of course, doesn’t include any of the other states which may spring up with new legislation and pass a measure by next year.

Although decriminalization is only a stepping stone (a full repeal of cannabis prohibition for adults should be the endgame), it’s a huge one, and one that has a positive effect on thousands of individuals per state.

With so many states reforming their marijuana laws, and with over half (27 out of 50) of the U.S. having either decriminalized marijuana or legalized it for medical or recreational purposes, how long can the government ignore this issue, and continue to attack states that decide to take such an approach?

As that answer gets worked out, a bipartisan coalition of federal lawmakers have filed legislation to force the feds to respect states that take a more sensible approach to their marijuana policies.

This couldn’t come at a better time, with new polling showing a strong majority to be in support of legalization, with 72% in support of the feds respecting states’ rights.